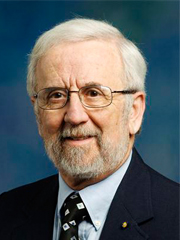 RONALD A. HESS received the BS, MS, and Ph.D. degrees in aerospace engineering from the University of Cincinnati. For the past 37 years he has been a Professor and Professor Emeritus in the Department of Mechanical and Aerospace Engineering at the University of California, Davis. His research interests lie in the areas of automatic control, atmospheric flight mechanics and human/machine systems. He is a Fellow of American Institute of Aeronautics and Astronautics, and a Senior Member of IEEE. In 2000, he was a recipient of the AIAA Mechanics and Control of Flight Award. In 2018 he received the AIAA deFlorez Award for Flight Simulation. He serves as an Associate Editor of the AIAA Journal of Aircraft, and the IEEE Transactions on Human-Machine Systems.