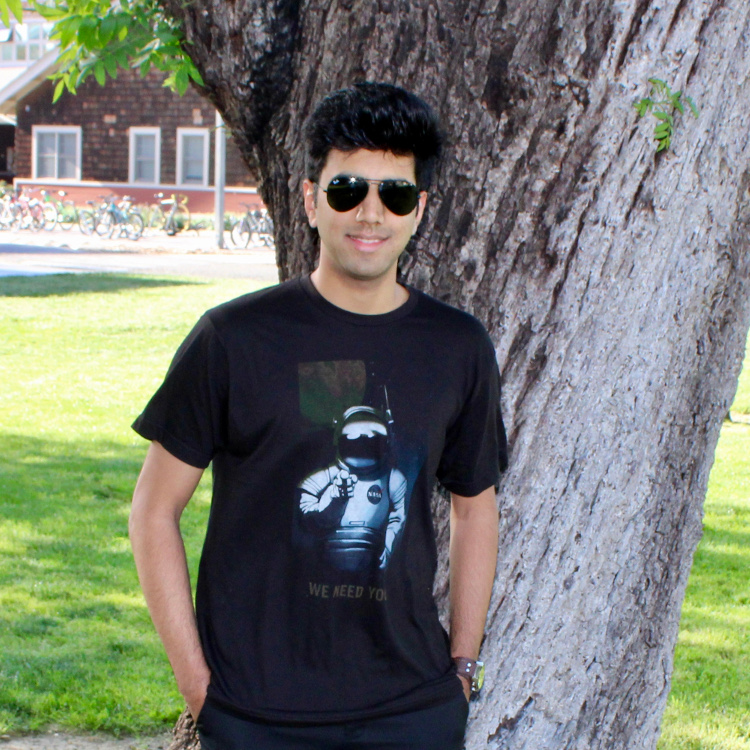 After graduating with a Bachelor’s degree in Electronics and Communication Engineering with distinction, Abhi is now pursuing a Master’s degree in Mechanical and Aerospace Engineering at the University of California, Davis, with a research focus on aerospace controls, computational multibody dynamics, autonomous precision rocket landing guidance, navigation, and control (GNC), and space robotics.

He recently published a research paper titled “Multivariable Robust Control for the Powered-Descent of a Multibody Lunar Landing System” along with Professor Francis Assadian and Professor Steve Robinson, after presenting it during the Artemis Program Special Session at the 2020 AAS/AIAA Astrodynamics Specialist Conference.

Abhi is currently a GNC Intern at Reliable Robotics Corporation (Mountain View, CA), where he is facilitating the development of semi-autonomous (remotely piloted) robotic aircraft and working on advanced autopilot systems. He spent the Summer of 2020 at The Boring Company (Hawthorne, CA/Las Vegas, NV), where he worked as a GNC Intern, trying to solve the GPS-denied navigation problem for next-gen tunnel boring machines, along with helping out with various aspects of the ongoing Vegas Loop project. He previously also worked on MagLev vehicles as a Control and Modeling Engineering Intern at skyTran (NASA Ames Research Center).

Abhi served as the Chief Systems Engineer for OneLoop (Hyperloop at UC Davis), in preparation for the next SpaceX Hyperloop Pod Competition. In the 2019 competition, the team made it to the final round (top 21), out of more than 1200 participating universities across the globe. At the week-long competition at the SpaceX HQ, the team placed 3rd in the US and top-ten overall, based on the number of tests passed. Abhi was also the Communication Systems Lead for the upcoming REALOP nano-satellite mission, and the Trajectory Optimization Lead for the Lunar Emulated Hopper Platform (LEHoP) project, both through the Space and Satellite Systems Club at UC Davis.

Abhi represented the UC Davis Table-Tennis team at the first NCTTA divisional tournament of the year 2018-2019, and was instrumental in the team’s victory over Stanford University. Apart from the sport, he likes to play the piano and build toy rockets in his spare time.