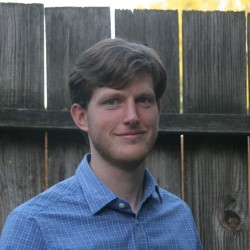 Richard's research interests are in pilot-vehicle interactions and performance, specifically as applied to aerospace applications and simulation. His PhD work is the research and development of a concept that aims to improve crew training for aerospace operations by combining the traditionally separate roles of a physical mock-up with a functional simulator. The use of virtual reality will provide an immersive visual environment overlaid upon a tactilely appropriate cockpit layout, which can be reconfigured more rapidly than a traditional simulator.

Richard received his masters from UC Davis working with Prof. Ron Hess on large aircraft handling qualities, investigating the response of a simulated human in the loop to non-linear (damaged) actuators.