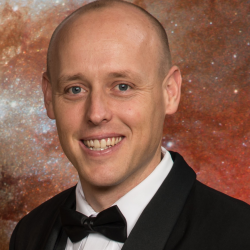 Guy Schauerhamer received his BS and MS in MAE from Utah State University in 2007. He was a contractor at NASA Ames Research Center for two years, and now at Johnson Space Center working in the field of aerosciences and computational fluid dynamics. He joined the HRVIP lab in 2013.

His research interests are in simulating the entire aircraft wake vortices lifecycle from generation to decay using high fidelity computational fluid dynamics. Results will be used to improve and validate fast-time wake models for real-time operations. The end result will be an increase in safety by improving flight crew situational awareness, and an increase in airport capacity.