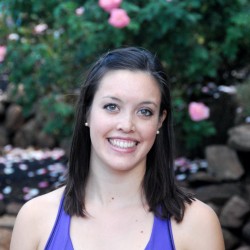 B.S Applied Mathematics with a Specialization in Computation, University of California, Los Angeles, 2013

Melanie received her bachelor's degree in Applied Mathematics with a Specialization in Computation from the University of California, Los Angeles in 2013. As an undergrad, Melanie spent two consecutive summers interning at Raytheon where she conducted program audits for Field Operations, and ultimately became motivated to pursue an advanced degree in engineering. In Summer 2014, Melanie interned for The Aerospace Corporation's Engineering Applications Department where she created an imagery downloader and 3D Model COLLADA converter, enabling engineers to create enhanced unmanned aerial vehicle simulations.

Currently, Melanie is a second-year graduate student pursuing a M.S. in Mechanical and Aerospace Engineering with a focus in Dynamics and Controls. Her research topic involves assisting in a top-level design for a semi-autonomous inspection satellite that will ultimately have the ability to inspect larger crafts, such as the International Space Station.