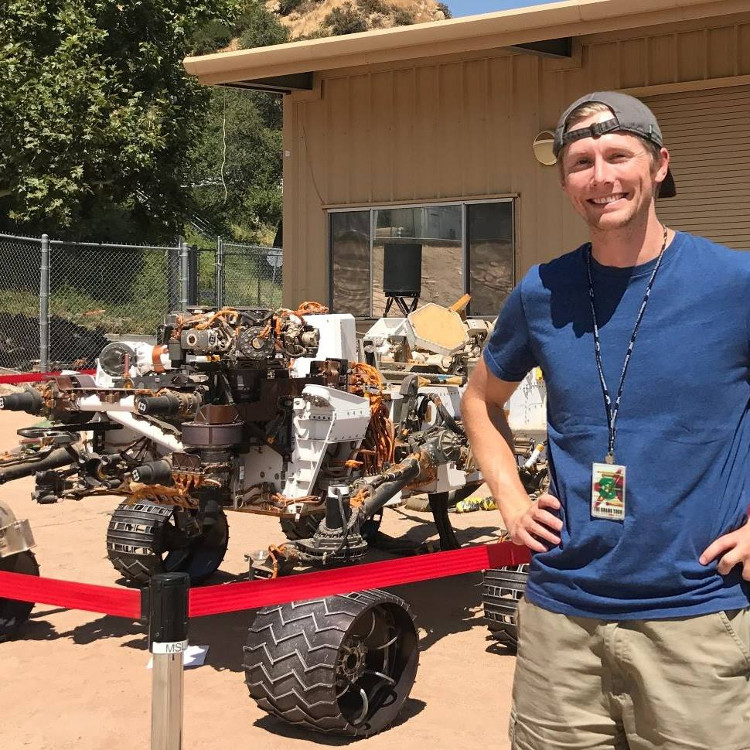 Josh has been passionate about space since as long as he can remember, having grown up watching Star Trek, attending Space Camp in the fifth grade, and earning his very first Boy Scout merit badges in Space Exploration and Astronomy. He recently completed his M.S. in Mechanical and Aerospace Engineering at UC Davis having designed and prototyped a novel two-fault tolerant cold gas propulsion systems CubeSats. In 2017, Josh co-op'ed at NASA Jet Propulsion Laboratory where he supported the Motion Control Subsystem team by evaluating the performance of motors and actuators to be used on the rover. While there, he helped to develop a data visualization tool to quickly deliver test results to the supervising engineers. Additionally, he helped with the preliminary design for subsystems in the proposed Mars Sample Return mission. He returned in the summer of 2018 to work on the Bit Carousel mechanism for the Mars 2020 Perseverance rover. While there he was responsible for assembly and operation of dynamometer testing, sensor component selection for vibration testing, and assembling vibration dampers which were mounted and launched with the rover.

While at UC Davis, Josh discovered a knack for teaching and hopes to one day become a full-time professor or instructor later in life. Outside of work, he enjoys hiking and backpacking, playing music, working on his car or bike, cooking, and hopes to begin pursuing a private pilots license soon.